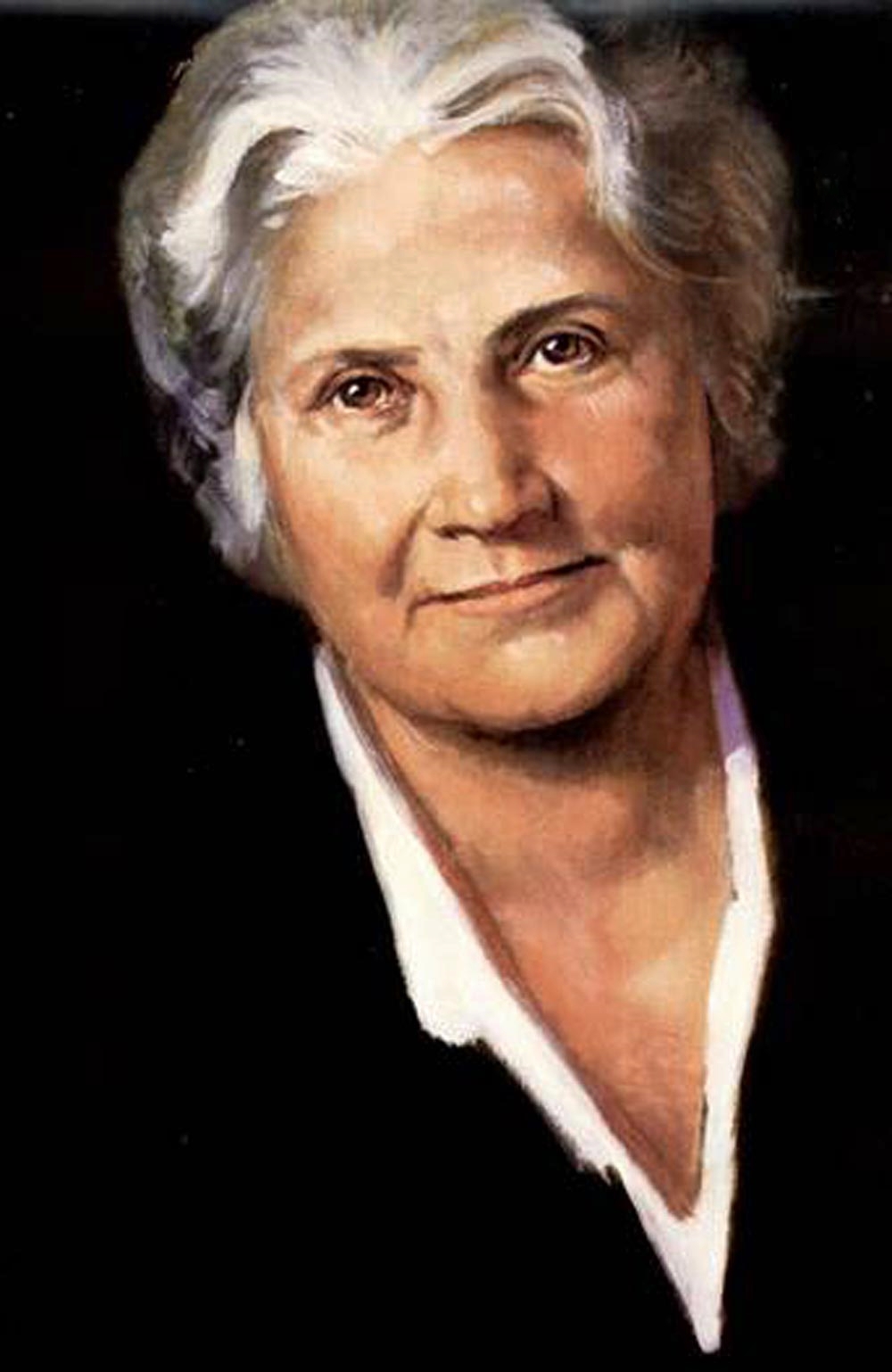 Founder of the Montessori Method

Maria Montessori was born on August 31, 1870, in the provincial town of Chiaravalle, Italy. Her father was a financial manager for a state-run industry. Her mother, raised in a family that prized education, was well schooled and an avid reader–unusual for Italian women of that time. The same thirst for knowledge took a root in young Maria, and she immersed herself in many fields of study before creating the educational method and bears her name. Maria Montessori was an Italian physician, educator, and innovator, acclaimed for her educational method that builds on the way children learn naturally.

Dr. Montessori believed that each child is born with a unique potential to be revealed, rather than a “blank slate” waiting to be written upon. She felt the goal of early childhood education should not be to fill the child with facts from a pre-selected course of studies, but rather to cultivate his/her own natural desire to learn.

Her main contribution to those raising and educating children are in these areas:

The results of Dr. Montessori’s work with normal children at the Casa de Bambini, “The Children’s House,” in the slums of Rome in 1907, became world history and the subject of her first books. Dr. Montessori then summarized her methods, lectured, founded schools all over the world, and published many books, which have been translated into 22 languages. She died in the Netherlands in 1952 after receiving, in her later years, honorary degrees and tributes for her contribution to mankind.

Montessori philosophy is a method of recognizing children as they really are and creating an environment which foster the fulfillment of their highest potential – spiritual, emotional, physical, and intellectual – as members of a family and the community.

Dr. Maria Montessori gave the world a scientific method, practical and tested, for bringing forth the very best in young human beings. She taught adults how to respect individual differences, and to emphasize social interaction and the education of the whole personality rather than the teaching of a specific body of knowledge. Montessori practice is always up-to-date and dynamic because observation and the meeting of needs is continual and specific for each child. When physical, mental, spiritual, and emotional needs are met, children glow with excitement to play and work, to learn, and to create with enthusiasm. They exhibit a desire to teach, help, and care for others and for their environment.

The high level of academic achievement so common in Montessori schools is a natural outcome of experience in such a supportive environment. The Montessori Method of education is a model which serves the needs of children of all levels of mental and physical ability. They live and learn in a natural, multi-aged group which is very much like the society they will live in as adults.

Today, there are Montessori schools throughout the world, in every continent excluding Antarctica. Montessori programs, based on self-directed, non competitive activities, help children develop good self images and the confidences to face challenges and change with optimism. The habits and skills a child learns in a Montessori classroom will stay with them for a lifetime.

This message is only visible to admins.
Problem displaying Facebook posts.
Click to show error
Error: Error validating access token: The session has been invalidated because the user changed their password or Facebook has changed the session for security reasons. Type: OAuthException Subcode: 460